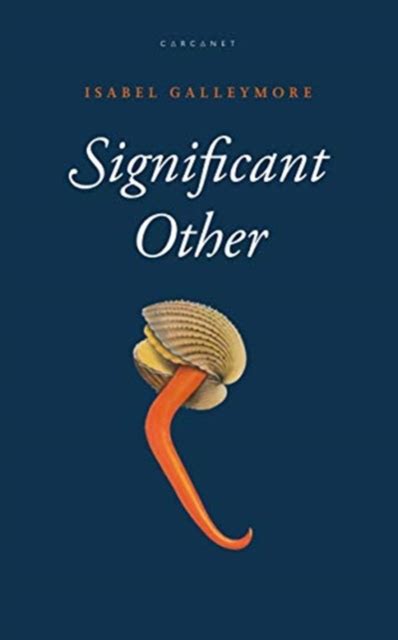 Isabelle Galleymore’s stunning first volume Significant Other, describes encounters between the natural world and human consciousness. The volume’s spare, if not condensed lyrics, represent minute acts of perception. Galleymore’s tightly-wrought poems document our world during a time of ecological crisis; these poems represent the Anthropocene. Using the lyric form as a recording of precise detail and as an anatomy of emotion, Galleymore creates a compendium of our creature world while narrating stories of human love lost. The intertwining of personal narratives with a documenting of natural world, complicates the relationship between subject and object. Lines from Donna Haraway’s The Companion Species Manifesto open the volume. Harraway states ‘we are, constitutively, companion species’.  Similarly, Significant Otheremphasises ideas  of interdependency and the value in being numerous. The poem ‘Choosing’  reflects on the estimated 8.7 million species currently living on earth, the speaker empathetically states: ‘from eight million differently constructed hearts –/ I couldn’t -– I chose to love them all –’. In ‘Nectaries’ Galleymore cites philosopher Isabelle Stenger: ‘Each identity: an allusion to the other’.

Significant Other can be read in conjunction with an ecopoetical writing practiced by  20th and 21st century poets, such as in Lorine Niedecker’s Lake Superior (1968); Juliana Spahr’s this connection of everyone with lungs (2005) and C.D. Wright’s posthumous Casting Deep Shade (2019). In her notes for the volume, Galleymore credits a period spent as a poet in residence in the Amazon (at the Trelex, Tamnopata Research Centre and Rainforest  Expeditions). As a consequence, this volume offers the overlooked lives of other species – at once exotic and grotesque. The poet scrutinizes pink-toed tarantulas, slipper limpets, goose barnacles, seahorses, scrotum frogs, spiny cockles and wingless wasps. While Significant Other offers itself as a field guide, the volume is also alert to the dangers of anthropomorphism. Many of these poems reflect on how we do linguistic violence to other species by sublimating their actions into human characteristics. In ‘Spirit Human ‘the speaker ironically poses ‘Let’s do it like they do on the discovery/ channel, the prowess of the lion the deer’s intuition’. This ‘archetypal’ narration of animal actions turns into an easy consumption of ‘animal’ products and linguistic comparatives: ‘because animals love to be shoes/ gummy sweets, similes’.

Galleymore’s poems includes scientific language and offers an acute awareness of climate crisis. At moments of extreme distress, the natural world can only be deciphered as mechanical hardware  – a robin is described as a plane ‘the landing / gear pressed under’. In other poems, Galleymore’s attentive use of sound immerses her reader in a rich linguistic soundscape. Frequently the reader finds herself ‘listening in’ to Galleymore’s lines. Consider the sonic reverberation of ‘The Starfish’ with ‘her underfur of sucking feet’, or the male ‘Barnacles’ stuck in ‘caliciferic bedsits’ each making love ‘through wavers and knocks/ against his lady-neighbours operculum doors’. In the attempt to describe species behaviour, Galleymore offers humorous neologisms such as in ‘Day’ where the reader encounters birds that ‘gently carry on birdsplainingthemselves’.

Of late it can often seem that contemporary poetry is dominated by a prosaic discursiveness, or a confessional narrative which over defines itself as definitive political action. Significant Other strives to find a balance between political rhetoric and self-reflection. This innovative volume offers a moving portrait of a world in crisis. Quietly assured, Galleymore’s poems ask us to slow down, pause, observe anew and above all, take responsibility.